Willing but Unable: How Insomnia Kills a Man’s Sex Life 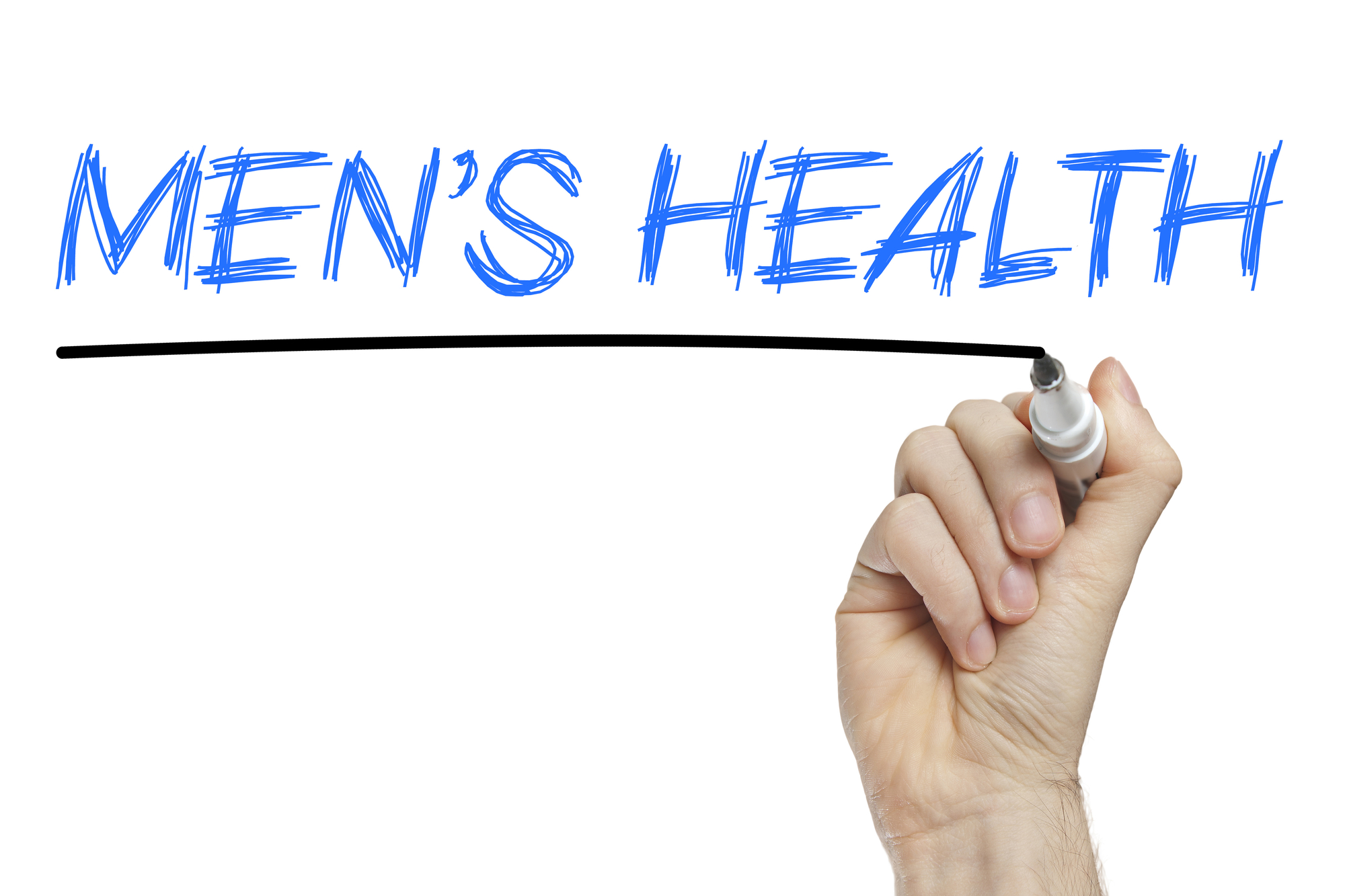 Every June we celebrate Men’s Health Month in the USA, a time when we look forward to Father’s Day, as well as reflect on the many ways we can protect and improve male well-being. On average, men die five years younger than women, according to data from the CDC.1 They die more often than women from heart disease, stroke, chronic liver disease, cancer, and even the flu.2

There are many reasons why, but one of the great, overlooked contributors to chronic health issues in men is poor sleep. As surprising as it may sound, everything from erectile dysfunction to poor mood, low libido, metabolic syndrome, weight gain and diabetes, and even infertility are linked to disturbed or poor, inadequate sleep.3,4,5,6,7

Sleep has been called the third pillar of health, along with a healthy diet and regular exercise. We all know that sleep is essential for survival, yet sleep quality is on the decline, especially with our busy lifestyles and ‘always’ on smartphones and computers. We sleep 25% less than our ancestors did a century ago.2,8 One out of five adults sleeps less than 6.5 hours a night,9 and according to a 2012 survey, nearly 30% of men get less than 6 hours of sleep on average per night.10

Insomnia—defined as trouble falling or staying asleep—generally affects up to 15% of the general population.11  But in primary care practices, the number is far higher: as many as 69% suffer from intermittent insomnia, with 15% experiencing chronic problems.12

Overall, as many as 70 million Americans are now suffering from chronic sleep problems.13 That includes both too little and too much sleep. The sweet spot for sleep—the optimal amount—is about 8 hours a night. Both habitually short sleepers (under 6 hours a night) and habitually long sleepers (over 9 hours a night) suffer health consequences.13 Those who sleep less than five hours or more than nine hours a night have a greater risk of diabetes. Both short and long sleepers suffer more from metabolic syndrome.14 Metabolic syndrome is a combination of increased blood pressure, high blood sugar, excess body fat around the waist, and abnormal cholesterol or triglyceride levels. Metabolic syndrome increases the risk of heart disease, stroke, and diabetes.15 Most startling of all is this statistic: short sleepers are two times more likely to suffer high blood pressure, four times more likely to suffer major depression and 1.3 times more likely to die compared to those who sleep enough.16,17

The toll troubled sleep takes can be enormous and the devastating impact on people’s life can start after only a day or two of sleep deprivation. People with insomnia feel exhausted all day. Their mood is lower and sleep deprivation causes depression, anxiety, stress, decreased vigor, difficulty coping with the demands of daily life, and decreases the ability to complete everyday tasks. Sleep deprivation also impairs mental processing speed (it slows your mind down); decreases visual and verbal memory and verbal recall and attention. Studies show that not getting enough sleep reduces the quality of life as much as congestive heart failure (CHF) and major depression.17,18

Erectile dysfunction profoundly decreases a man’s quality of life. As long ago as 1994, the Massachusetts Male Aging Study found that nearly 50% of men aged 40-70 experience some degree of erectile dysfunction (ED), often associated with conditions such as heart disease, hypertension, diabetes, anger, and depression.19

The average healthy male has as many as 11 erections each day, and 3 to 5 erections during a full night’s sleep. Not all these erections are linked to sexual arousal. Nocturnal erections often occur during REM sleep, when a man is dreaming, even when the dream is not of a sexual nature.

It makes sense, then, that sleep has been found to be disrupted in men suffering from erectile dysfunction. One possible explanation is that sleep loss during the second half of the night lowers morning testosterone levels.20,21 Even young, healthy men experience this loss of testosterone with sleep deprivation.22 And in older men, morning testosterone levels are correlated with total sleep time.23 Improving sleep may be enough to improve erectile function in some men.

Nocturia is waking up one or more times during the night to pee. It’s increasingly common as men age, often due to an enlarged prostate gland. Benign prostatic hypertrophy (BPH), as it’s called, can lead to the inability to completely empty the bladder, a feeble urine stream, straining to urinate, hesitancy before urinating, and nocturia. One-third of men over 50 have BPH, and up to 90% of men over age 80 have the condition.24

Sleep patterns influence libido.29 Poor sleep creates fatigue and sleepiness, which decreases sexual desire. When a widely used screening questionnaire called ADAM (Androgen Deficiency in Aging Males) was used to study men in college, it found significantly worse sleep in men with high ADAM scores.30 It appears that even when testosterone levels are normal, as was the case with the young men in the study, improving sleep quality improved libido.

And because sex is not all about the body, but equally about emotional excitement, it’s important to note that marital happiness and sleep are inversely linked. That is, the more often someone reports experiencing insomnia, the lower the happiness in their relationship with their partner. Conversely, as marital happiness rises, lower rates of insomnia are reported.31 Clearly, a good sleep makes for a stronger libido and a stronger marriage.

For several decades now, fertility has been declining among both men and women. Sperm counts may have decreased as much as 50% over the past 40 years.32 Is sleep contributing to this decline?

Research suggests that there is indeed a “U” shaped relationship with male fertility. Both too little and too much sleep are associated with decreased fertility. In one study of over 1100 infertile couples trying to conceive, men who slept 6 or 9 hours a night had lower fertility than those who slept 7 or 8 hours a night.33 One study that evaluated nearly 1000 Danish military recruits and another that looked at about 800 Chines college students also found this same U-shaped association.34,35

A possible link may be melatonin, our critical circadian hormone, which rises as the sun goes down and darkness falls. Melatonin is a potent antioxidant, and low concentrations in the testicle have been linked to infertility in men.36 With the current invasion of smartphones and bright portable screens into the bedroom, even late at night, melatonin cycles can be disrupted.37

Fortunately, there are effective natural strategies to improve sleep. For quick relief, take NBI’s Sleep Relief. This clinically validated more closely mimics the body’s natural sleep cycle during the night by delivering the nutrients using a bi-phasic, time-release technology. The nutrients in stage one, quick-release phase, help you gently fall asleep. Stage two nutrients are then slowly released during the night to help you stay asleep, fall back asleep easily if you happen to get up during the night, and wake refreshed and ready for your day.

If you don’t stick to a regular bedtime, it’s important to do so. Fitbit evaluated six billion data points of its users.38 It determined that going to bed at about the same time every night was the most predictive variable for good sleep. most people are inducing their own sleep deprivation and health problems by a phenomenon they call, “Social Jet Lag.” They discovered that on average, people are going to bed at about 11:20 pm during the week, and on weekends they’re staying up later.

This inconsistency in sleep—not going to bed at the same time every night—really messes up our circadian rhythms. It makes it hard to fall asleep. And once you get to sleep, it makes it hard to have good, restorative, deep sleep. What they found out is the simple solution is consistency. You have to train your body that’s it’s time for sleep, so pick a bedtime and stick with it.

Smartphones and tablets used before bed can wreak havoc on your sleep. These little screens have become one of the biggest disruptors to our sleep since the invention of the artificial light bulb. In one study, the light from these screens decreased melatonin by 55%, made it harder for people to fall asleep and left them feeling groggier in the morning.39 It took the volunteers hours longer to feel fully awake.

It’s time for men to focus on their health year-round, and not just during Men’s Health Month. Ignoring problems doesn’t make them go away. It only makes them fester, get worse, and cause lots of other avoidable issues. If you want to improve your sex drive, mood, erections, and emotional intimacy while decreasing your risk for all sorts of diseases and dying early, focus on getting better sleep.

Why You Can’t Sleep & What You Can Do About It

Top Reasons Men Should Get Their Testosterone Tested

11Ohayon MM. Epidemiology of insomnia: what we know and what we still need to learn. Sleep Medicine Reviews.6(2):97-111. [Article] 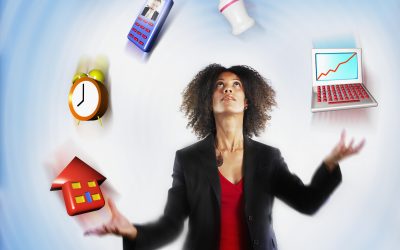 Anxiety is emerging as a significant influence on cardiovascular disease. And that’s important because, in the U.S., one-quarter of all Americans suffer from an anxiety disorder at some point in their lives. And in turn, cardiovascular diseases continue to be the leading cause of illness and death in the United States.

Article at-a-glance: Food can cause, prevent and reverse disease. Which it does is up to you. Half of US adults have at least 1 chronic disease. Diet controls your biochemistry and health of your genes. The Standard American Diet promotes chronic disease. Eating... 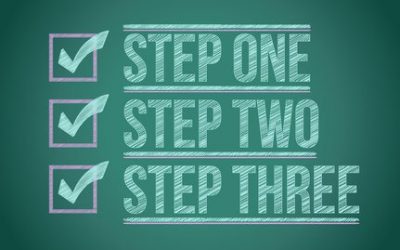 People often ask me what my diet’s like. How me and my family eat. In my clinical practice and lecturing, I’ve helped thousands of people learn my simple system for revamping their eating to a dietary pattern that promotes health. With every bite of food you’re either...