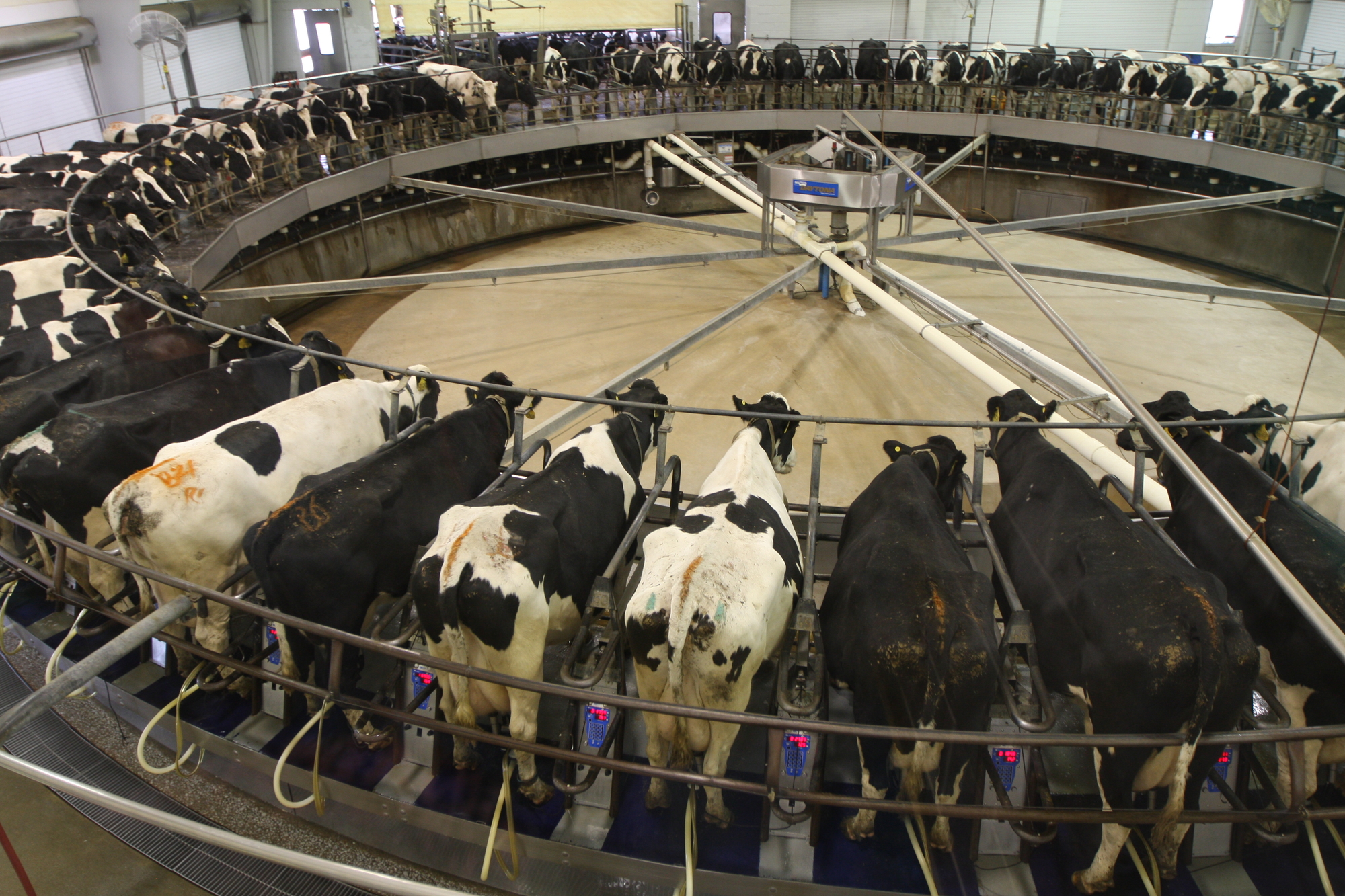 From 1993 to 2014, Americans were entertained—and influenced—by a simple and unforgettable slogan: “Got Milk?” The advertising campaign, which was one of the most popular in advertising history, often featured a creamy white milk moustache on the upper lip of celebrities ranging from Britney Spears to Beyoncé, Batman, and Super Bowl players. The ads were part of a half century of propaganda by the American dairy industry and the US Department of Agriculture (USDA) promoting milk as a health food—as much as four glasses a day. Since the rationing and hardships of World War II, the federal government, schools and doctors have recommended milk, to build strong bones and immune systems. But the health claims for milk have always been propped up on weak legs.

As I would tell my patients, the curious behavior of drinking milk past infancy is not normal for mammals. Nearly all infant mammals, like humans, have the ability to digest milk through the action of lactase, the enzyme that breaks down lactose sugars found in milk. But in all mammals—including commonly in all of us—this ability is lost with age.

About 65% of us are lactose intolerant. That means that ingesting milk, cheese and ice cream is likely to cause most of us at least some stomach and gut distress. If you consume dairy, it could be what’s causing your diarrhea, post-nasal drip, excess mucous, bloating, nausea, gas, headaches and muscle and joint pain. People reacting to dairy can experience one or more of these symptoms, which can range from mild discomfort to severe distress.

But that’s just the tip of the iceberg. Modern milk and dairy products, unfortunately, is all too often laced with harmful hormones and chemicals as well as viruses and other toxins. There has also been an alarming wave of research that implicates dairy products in the development of prostate cancer, breast cancer and death from breast and prostate cancers. And as it turns out, milk isn’t even necessary to build strong bones.

A Glass of Hormones

Modern milk isn’t just full of fat, protein and vitamins—it’s chock full of unnecessary hormones. Bovine somatotropin (BST), also known as bovine growth hormone (bGH) is the ‘bogeyman’ of milk-related hormones – a peptide that is naturally produced in the pituitary glands of cows, normally in minute quantities. In the 1970s, a method was developed to produce this hormone on a mass scale and inject it into lactating cows to increase and prolong milk production. The process is considered risky enough to be banned in Canada, Europe, and other countries. In fact, it’s thought that milk from treated cows might increase cancer risk.

Other hormones are high in commercial milk as well, including progesterone and estrogen. A dirty secret of the dairy industry is that most cows are milked pregnant, in order to increase profit. Back in 2007, Harvard Magazine ran a fascinating piece on a Mongolian physician who was, at the time, a fellow at Harvard. Her research indicated that modern milk contained astonishingly high levels of hormones simply because the cows were kept pregnant and lactating for 300 days a year.

Can you imagine what it might be like to be pregnant for nearly ten months every year, year after year in an unending cycle? Pregnant cows, just like pregnant women, produce high amounts of hormones, including progesterone, which was present in their milk at levels ten times higher than normal. When you drink a glass of milk or eat ice cream or yogurt, you’re ingesting a potent mix of cow hormones.

A Cocktail of Chemicals and Viruses

Pregnant cow hormones aren’t all that’s in dairy. It also can contain Bisphenol A, viruses and antibiotics. Bisphenol A is an endocrine (hormone) disruptor that is commonly associated with plastic water bottles. But it’s also been found at significant levels in milk, including raw milk directly off the farm.

Viruses have also been detected in milk. Of particular concern is bovine leukemia virus, which is widely found in commercial dairy herds. Laboratory experiments show that this virus can infect human cells in vitro.

Cows given rBGH appear to suffer more infections in the udder (mastitis). Just like in humans, these infections are treated with antibiotics, which also ends up in the milk, which then ends up in your body.

Finally, cows are exposed to environmental contaminants while grazing on pastures that might have been treated with pesticides, or when fed contaminated feed. This includes dioxins, polychlorinated biphenyls (PCBs), or radionuclides from fallout.

Instead of “Got Milk?”, the slogan should have been “Got a Toxic Mix of Chemicals?” But that definitely wouldn’t have sold well.

Milk is touted as promoting healthy, strong bones because of its rich concentrations of calcium and vitamin D (vitamin D is necessary for proper absorption of calcium). However, the vitamin D is added through the process of fortification and is barely present in unprocessed milk. And in reality, a number of studies show no significant improvement in bone-mineral density from milk.

In fact, drinking too much milk may weaken your bones and increase your risk of dying. A 2014 study of 60,000 women and 45,000 men followed for up to 22 years found that three or more glasses of milk a day was linked to a higher risk of dying and to a greater incidence of hip fracture.

Eating a whole foods diet rich in fruits and vegetables is a better approach to promoting bone health than consuming dairy. And beyond calcium and vitamin D, which have been shown to reduce fractures about 20%, MK4 is specific form of naturally occurring  vitamin K2 and a powerful bone-building nutrient. More than 25 clinical trials including over 7,000 people show that MK4 can stop and reverse bone loss from aging and medications and reduce fractures by more than 80%. The amount used in studies was 45 mg/day, which is what is in Osteo-K and Osteo-K Minis.

A review of 23 studies concluded that dairy intake is one of the most consistent dietary predictors for prostate cancer in the published literature. One study evaluated data from the Physicians’ Health Study, in which diet and prostate cancer were documented in 20,885 male physicians for 11 years. Men who consumed more than 2.5 servings of dairy products per day had a 134% increased risk of getting prostate cancer compared to those who consumed half a serving per day.

Based on multiple clinical studies and years of data showing that consuming full-fat dairy cheese is associated with an increased risk for getting and dying from breast cancer, on October 3, 2019 the Physicians Committee for Responsible Medicine petitioned the US FDA to require all manufacturers of dairy cheese products to include the following warning on their labels: “Dairy cheese contains reproductive hormones that may increase breast cancer mortality risk.”

A 2017 study funded by the National Cancer Institute concluded that “those who consumed the most American, cheddar, and cream cheese had a 53 percent increased risk for breast cancer.” Additionally, a 2013 study found that consuming one or more servings per day of high-fat dairy by women who had been  previously diagnosed with early-stage invasive breast cancer was associated with a 49 percent increase chance of death. The results of this study were in keeping with the results from an earlier study.

Organic agriculture is an approach to growing and raising food using less toxic, more environmentally friendly farming methods. Organic milk is often considered healthier than conventional, but what does the research show? Interestingly, there has been a lack of studies looking at chemicals in organic dairy versus conventional dairy products.

The first study evaluating pesticides in organic versus conventional milk was published in 2019. The researchers purchased eight half-gallon milk cartons each from retail store in nine states—California, Michigan, Iowa, New Jersey, New York, Oregon, Utah, Georgia and Arizona. From each store, six of the milk cartons were 2% milk, which is what most children drink, three were certified organic and three were conventional brands.

While below the FDA limit for acceptable levels of pesticides, 20-60% of conventional brands tested positive for residues for atrazine, chlorpyrifos, cypermethrin, diazinon, hexachlorobenzene and permethrin. No currently used pesticides were detected in organic samples.

Legacy pesticides, those now prohibited by the FDA but that persist in the environment, including, hexachlorobenzene, p,p’- Dichlorodiphenyltrichloroethane (ppDDT) and the DDT metabolite/degradant ppDDE were found in nearly all of the organic and conventional milk samples.

So what to do if you love your milk, yogurt, cheese and ice cream? First of all, if you want to indulge, try to do so in moderation. Secondly, food manufacturers are becoming ever more creative to meet the growing demand for plant-based milks and meats. Almonds, oats, cashews, peas and coconuts are only a few of the ingredients used for an impressive array of yogurts, milks and cheeses.

As for calcium and strong bones, numerous fruits and vegetables are wonderful and healthy sources of minerals, including calcium. While a cup of milk contains about 300 milligrams of calcium, a cup of cooked mustard greens contains 450 milligrams and a cup of chickpeas contains 340 milligrams, while ten dried dates contain 124 milligrams.

For a list of the calcium content of fruits, veggies and other foods, see our Calcium Content of Foods table. And you get an added benefit: not only do veggies and fruits provide a motherlode of minerals, they can dramatically lower your overall risk of dying, as well as significantly reduce the risk of cardiovascular disease.

Malawa, Z. The cancer cow: a study of the risks associated with milk from rbGH treated cows. Nutrition Bytes. 2002;(8): 1. [Article]

Vasconcelos A, Santos T, Ravasco P, et al. Dairy products: Is there an impact on promotion of prostate cancer? A review of the literature. Front Nutr. 2019 May;6:62. [Article] 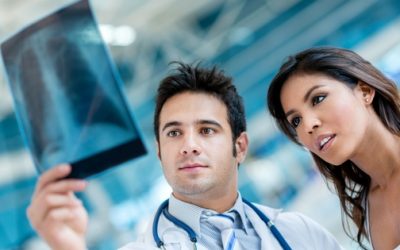 Article at-a-glance: Fracture a hip with osteoporosis and you have a 20-40% chance of dying in a year. The bone density myth that has people focusing too much on their T-score. Modifiable risk factors are in your control. Change them and change your risk. By Dr. John...