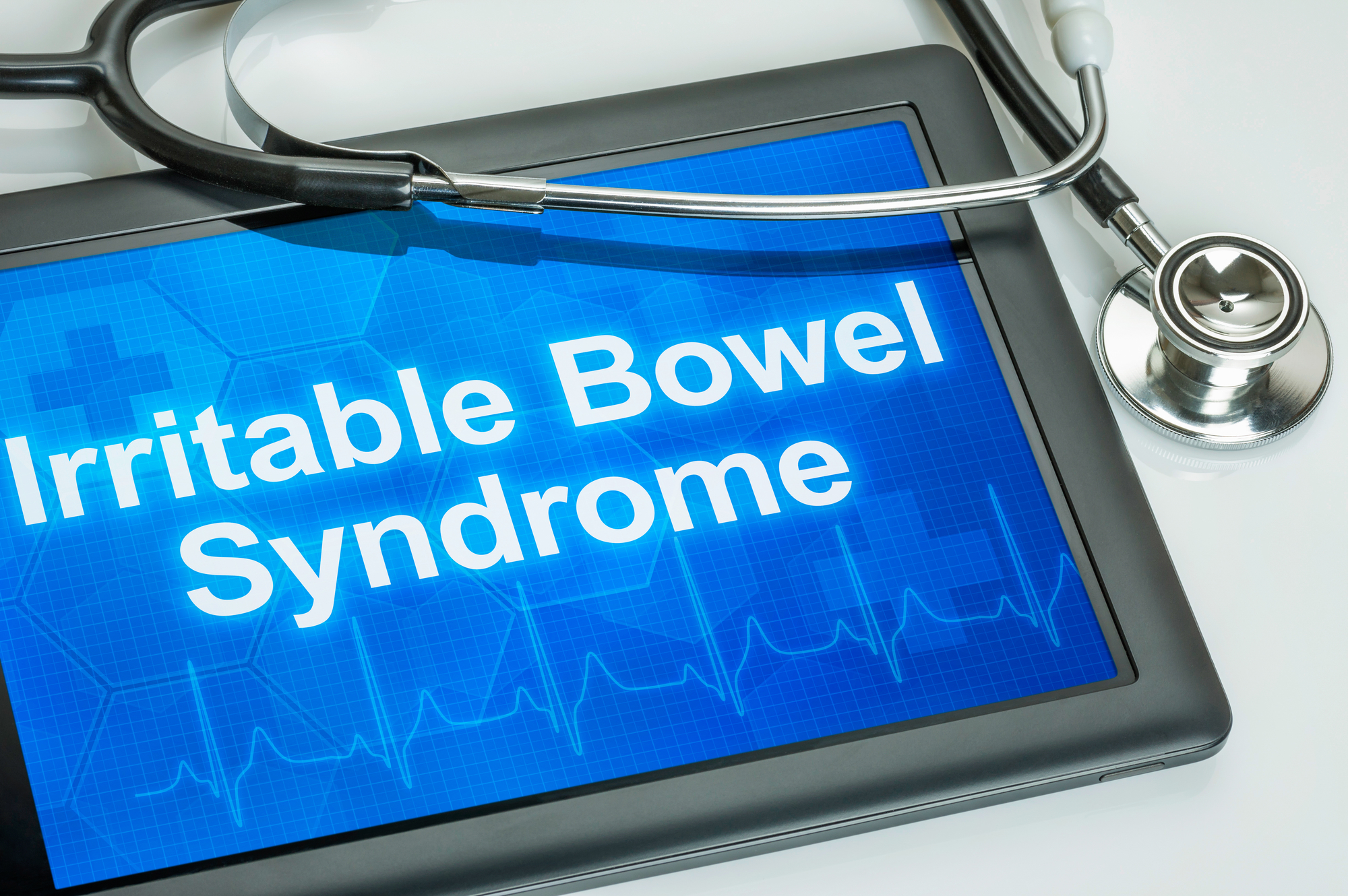 I recently did a live Zoom question and answer, Ask The Doc. For more than an hour, I answered questions on any health topic that was on people’s minds. The questions I got were phenomenal. Hearing directly from folks about what they’re struggling with and answering questions that they have is one of my greatest joys. I love it.

One of the questions that kept coming up was about gut health. I’ve written several blogs on gut health, but a concern that we talked about and that I haven’t blogged about was irritable bowel syndrome (IBS).

I saw lots of IBS in my clinic. IBS is a syndrome, which means that people with it have a group of symptoms that medicine couldn’t explain. When that happens and conventional medicine can’t quite figure out why or what’s going on, they clump the symptoms together and call it a syndrome.

IBS is a grouping of symptoms that include gas and bloating, abdominal cramping, and constipation or diarrhea, headaches, fatigue, brain fog. Sadly, for many patients with diarrhea-predominant IBS, they find themselves rushing to the bathroom many times a day, and even planning their day around knowing they can never be too far from a toilet.

IBS is a diagnosis of exclusion, meaning it is diagnosed after other conditions, such as irritable bowel disease (IBD), which includes ulcerative colitis and Crohn’s disease, has been ruled out. It affects 10-20% of the population at any given time with women affected three times more frequently than men. More than 2.2 million prescriptions are written annually for this condition.

Tragically, women with IBS are three times more likely to receive a hysterectomy than those without IBS and also report more overall surgical procedures, such as appendectomies. The total annual costs (direct and indirect) of treating IBS in the United States is approximately $30 billion, excluding prescription and over-the-counter drug costs.

Up to 75% of the economic burden is from having to miss work. Patients with IBS miss about three times as many days from work or school annually as people without this condition. Up to 3.5 million physicians’ visits each year are because of IBS symptoms.

While many people suffer from years with IBS, what I found in my medical practice, and what the research supports, is that using an integrative approach can provide answers and long-term relief. And when people’s health improves, all the physical, emotional and physical costs also improve.

Food allergies can contribute to IBS symptoms and eliminating them can lead to dramatic improvement. A systematic review of the role dietary allergies play in IBS, which was published in 2006 in the journal Neurogastroenterology and Motility, concluded that excluding dietary allergens can lead to an improvement in up to 71% of IBS sufferers.

Blood tests for IgG antibodies and the allergy elimination-challenge protocol are most sensitive at detecting food intolerances that contribute to IBS. In an elimination-challenge protocol, patients follow a hypoallergenic diet for a prescribed period of time and track their symptoms in a journal. Then they methodically, and with guidance from a clinician, reintroduce foods one at a time. If symptoms return with specific foods, those are eliminated from their diet altogether, perhaps not forever, but for a while.

While the allergy elimination-challenge protocol is the gold standard for detecting food allergies, my experience is that the vast majority of patients cannot complete the protocol. Instead, they may make the mistake of challenging themselves with something that is not a pure representative of a food. For example, when challenging wheat, a person would have to eat pure wheat; not a piece of bread, which contains other ingredients. Additionally, the elimination-challenge protocol can take months to complete and is so restrictive that most people cannot follow it for that long.

The more clinically relevant approach is the IgG food allergy test. For children, I would order an IgG 30-food allergy panel. In this panel the sample is obtained via a fingerstick, thereby avoiding the trauma to the child of a full venous blood draw.

For adults, I would order a serum IgG 90-food allergy panel. These tests, while not conventionally ordered, are more relevant to IBS and other delayed-type hypersensitivity reactions than an IgE blood test.

One of the most common misunderstandings among patients is when they say that their doctor had already tested them for allergies, and they were negative. However, nearly every time when I asked about this, the previous test was an IgE test, which can be negative when an IgG test is positive. You can always request your doctor order an “IgG food antibodies panel.”

A 2007 consensus statement published in the journal Digestive Diseases concluded that most cases of IBS are “post-infectious” and respond to probiotics. Probiotics are beneficial gut bacteria and have been studied in multiple clinical trials of IBS.

In a randomized, double-blind, placebo-controlled trial of 49 people with IBS, volunteers were administered a multispecies probiotic (B. longum, B. bifidum, B. lactis, L. acidophilus, L. rhamnosus, and S. thermophilus) twice daily for four weeks. The probiotic combination provided substantial relief to 68% of people who took it, compared to only 37.5% who took the placebo. Specifically, abdominal pain was reduced an incredible 75% in the probiotic group compared to those not taking the probiotic. People taking the probiotic supplements also experienced a significant 40% decrease in abdominal bloating and a 34% decrease in abdominal discomfort.

After eight weeks of taking the probiotic, 100% of the volunteers who initially rated their GI symptoms as severe said they were no longer severe. The number of people rating their IBS as moderate dropped by 52% and the total IBS symptom score decreased by an incredible 49%. These changes were significantly greater in those taking the probiotic compared to the control group.

To get healthy amounts of probiotics seen in clinical trials to help people with IBS take Belly Rescue when it launches in October 2021. Belly Rescue promotes a healthy gut microbiome. It’s potent multi-strain blend of probiotics and prebiotics delivers 25 billion colony forming units (CFU) per serving from 15 strains of health-promoting bacteria. Belly Rescue includes five species of Bifidobacterium, nine species of Lactobacillus and Streptococcus thermophilus. All species used in Belly Rescue have been identity-verified using DNA-fingerprinting technology. Make sure you’re signed up to receive the NBI newsletters so you can be the first to know when Belly Rescue launches.

Enteric-coated peppermint oil has also been shown in a clinical trial to decrease pain in children with IBS. In this clinical trial, 42 children received peppermint oil capsules that didn’t dissolve until they were in the lower intestines (enteric coated) for 2 weeks, at which time 71% of the volunteers in the peppermint oil group reported improvement in symptoms compared with 43% in the placebo group.

Stress can exacerbate IBS symptoms, so it’s not surprising that meditation has been shown to help. In a 2001 study published in the journal Behaviour Research and Therapy, meditating 30 minutes a day for six weeks significantly decreased diarrhea, bloating, flatulence and belching in one study.

Additionally, 23% of the participants had decreased headaches, 23% had decreased backache, 8% had less TMJ discomfort, 8% had a decrease in their high blood pressure, 8% noted improvements in their sleep and 31% had less “jumpiness.” Many also reported increased enjoyment in life (46%), energy (39%), and concentration (31%), while also reporting less worry (31%), depression (31%) and anxiety (39%). For those who practiced meditation, 86% experienced improved symptoms. Not surprisingly, there were no side effects.

Top Gut Killers and What to Do About Them

3 Ways to Ensure a Healthy Gut 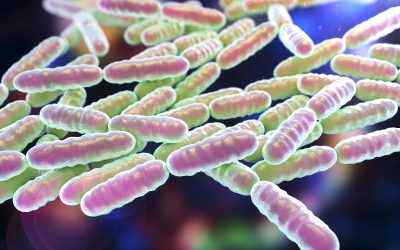 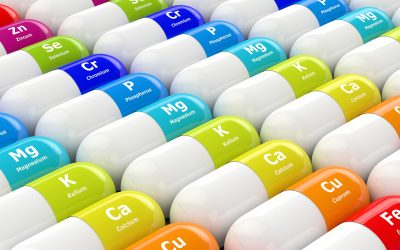