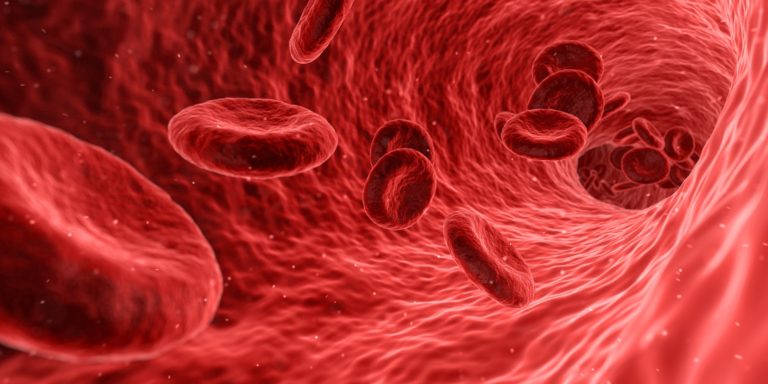 Lab testing is part of many doctors’ appointments. The complete blood count (CBC) is a routine blood test that healthcare providers order on annual exams and as a general screening test for anemia. Despite the results of this test being normal, millions of women are walking around tired, with their hair falling out, depressed and struggling with brain fog because most doctors don’t order the most important test.

According to the World Health Organization, more than 30% of the worldwide population has anemia.1  Anemia hits low-income countries hardest, affecting one of every two pregnant women and preschool children in developing countries.2 Although low-income countries have the highest rates of anemia, it’s a growing problem even in the United States. Rates of anemia nearly doubled from 2003 to 2011 in the United States to just over 7%.3

Two important indicators to understand on this test are hemoglobin and red blood cells. Hemoglobin is a protein inside red blood cells that carries oxygen from the lungs to the rest of the body. Oxygen is used in the cells’ mitochondria to produce cellular energy. During energy production, carbon dioxide is created as a waste product. When the hemoglobin drops off its oxygen, it then picks up carbon dioxide and carries it to the lungs where we expel it from our bodies when we exhale and breathe it out.

In iron-deficiency anemia, when the amount of hemoglobin is lower than normal, tissues such as muscles and the brain become deprived of oxygen. This can result in shortness of breath, fatigue and brain fog. Testing hemoglobin can show whether your blood cells are able to carry enough oxygen, and low hemoglobin is one indicator of anemia.

The CBC test is an excellent screening tool for anemia that provides important information, but it is not the only test provides information about the iron status. An iron blood panel typically includes serum iron, total iron-binding capacity (TIBC), transferrin saturation and serum ferritin.

Ferritin: The Test You Must Get

Among all the tests, serum ferritin is the most sensitive indicator and is considered the primary measure of iron status.5,7,8

In addition to being part of an iron panel, a serum ferritin test can be added onto a CBC test or can be ordered by itself. Ferritin is the storage form of iron in the body, storing up to 80% of the total amount of iron.9 The largest concentrations of ferritin are in the liver, spleen, bone marrow and skeletal muscles. However, some ferritin circulates in the blood, which is why it can be detected on a blood test.

Since red blood cells live for months at a time, however, it means that the CBC test is not the most sensitive indicator for iron. A person’s ferritin could be declining and it wouldn’t show up on a CBC test for months after. And since iron is used for so many different processes in the body, people can experience symptoms of iron deficiency long before any changes appear on a CBC. A serum ferritin test is the most reliable screening test for iron status.10

However, while it’s the most sensitive indicator for iron, the reference ranges on a serum ferritin test are so large that most clinicians don’t understand how to appropriately interpret them. Reference ranges on tests provide the “normal” values. Anything outside of that range is considered “abnormal.”

By definition, “normal” is a range in which 95% of test results fall. Since by definition 95% of people automatically are within the normal range, there will always be 5% of people outside the normal range. And while reference ranges report what is “normal,” they don’t tell healthcare providers or patients what “optimal” results are. Your test result may be technically normal, but is it optimal for you and your health?

Ferritin is a great example of this. Most data used to create standard laboratory reference ranges for serum ferritin are from studies conducted more than 30 years ago.11 These reference ranges don’t reflect ethnic or geographic diversity and were performed in an era for which laboratory methods no longer reflect present practice.11

One consequence of using reference ranges based on decades-old studies is that the “normal” range for ferritin test results is so broad as to be clinically irrelevant. Normal reference ranges can vary by lab, but serum ferritin levels from 12 to 200 nanograms per milliliter are often considered “normal.”12 A ferritin level below 12 nanograms per milliliter is reported as iron deficiency.

Experts agree, however, that iron deficiency is likely when the ferritin level falls below 50 nanograms per milliliter. A large study of nearly 200 women ages 18-53 years confirms that iron supplementation should begin long before a person’s serum ferritin drops below 12 nanograms per milliliter. Women were admitted into the study if they had normal CBC test results but levels of ferritin less than 50 and if they also complained of fatigue. In those women, taking iron supplementation for 12 weeks improved their energy by nearly 48%.13 Another study reported benefits from taking iron when ferritin was less than 50 nanograms per milliliter in people with restless leg syndrome (RLS).14

The standard reference range for ferritin also doesn’t apply well to the elderly or when inflammation is present. Low ferritin is an indicator of not having enough iron. But ferritin is released into the blood when the body reacts to inflammation. Thus, if you have a chronic inflammatory disease, your ferritin levels might be elevated, despite declining iron.5

What’s a Person to Do?

While you can ask your doctor to order the test for you, to save time and money, order your own test directly from NBI. We provide the doctor’s signature and same-day testing is available.

And if you’ve had this test run before but are not sure if you should take an iron dietary supplement, consider the following. In my clinical practice, I considered an optimal ferritin range was 90-110 nanograms per milliliter. If a patient had ferritin lower than that and was symptomatic, I would consider supplementing them with iron and encouraging them to eat more iron-rich foods. Typically, follow up blood tests would be done every three months, along with tracking changes in symptoms.

9Recommendations to Prevent and Control Iron Deficiency in the United States. MMWR 1998;47(No. RR-3). Atlanta, GA: Centers for Disease Control and Prevention;1998. [Report]

Article at-a-glance: Layer onto everyday life a global pandemic, national stay-at-home orders and the economy nosediving into a recession, and if you’ve never before experienced an anxiety attack, this may just push you over the edge.  Now more than ever, learning how...

Your daily choices matter. No single food you eat will sabotage your health. But your overall eating pattern is prescient—it determines what your future health will likely be.  You can’t exercise away a bad diet and you can’t wish away the reality that your choices... 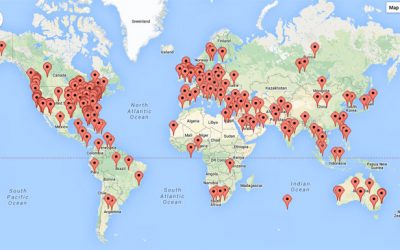 Article at-a-glance: By 2050 the globally there will be up to 21.3 million hip fractures each year. Globally, 80-90% of patients with osteporotic fractures go untreated. Family members and medical professionals bear the burden of short-term and long-term care,...