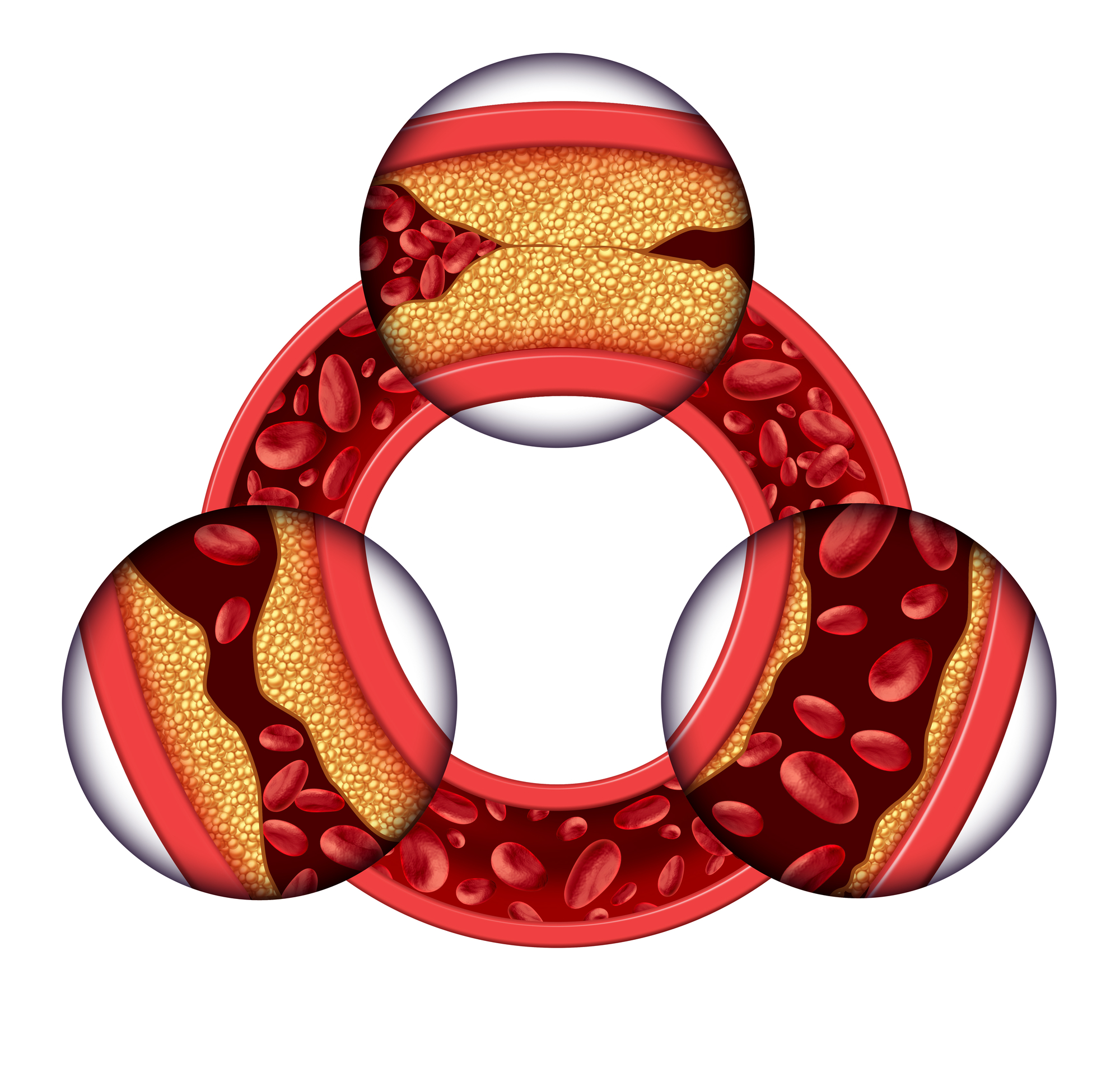 Heart disease is the leading cause of death in the United States. Someone in the U.S. dies from heart disease about every 90 seconds,1 killing over 375,000 people a year. That’s 1 in every 7 deaths. The costs of heart disease are staggering as well: $200 billion a year—including healthcare, medications, and lost productivity.2

Cholesterol is a fat. As such, it doesn’t dissolve well in the blood, which makes transporting it around the body difficult. But the body has created an ingenious solution. It packages cholesterol into particles called lipoproteins. And it’s these lipoproteins, such as LDL cholesterol, that are measured.4

While there are different types of lipoproteins, historically the main focus has been on lowering LDL cholesterol to reduce heart disease risk. But has it worked? For years doctors have prescribed statin medications such as lovastatin and simvastatin to lower LDL cholesterol and more than 35 million Americans currently take statins.5

But the idea that high LDL cholesterol is, all by itself, an accurate predictor of cardiovascular disease is a gross oversimplification. Heart disease is a chronic condition. Like other chronic diseases, boiling it down to one cause (eg, LDL cholesterol) is an oversimplification that bears very little resemblance to reality and has not been shown to be particularly good at preventing a first heart attack. Researchers have concluded that in people who have never had a heart attack, statin therapy that lowers LDL cholesterol is of “doubtful benefit.”6

To understand how this emphasis on lowering LDL cholesterol came about, we have to go back to the early 1900s. Scientists noticed that fats in our diet seemed to correlate with cardiovascular disease. That is, they noticed that people who had heart disease also had high cholesterol. But in research, as in medicine, it’s important to understand that correlation does not mean causation.

Making researchers believe they found the underlying cause were additional observations after World War II that Americans were eating more saturated fat and cholesterol-rich foods (such as eggs, butter and whole milk), while the incidence of cardiovascular disease was increasing.7 So, for decades, doctors advised patients to reduce dietary cholesterol and saturated fat, and yet more and more people were still having heart attacks.

We now understand that dietary cholesterol on its own doesn’t have a major influence on the development of heart disease8 and reducing cholesterol to normal or low levels hasn’t had the hoped-for impact on heart attacks. Half of patients with ideal cholesterol levels actually have dangerous plaque build-up and are at risk for a heart attack or stroke.9

In addition, the work of Uffe Ravnskov at the University of Lund, Sweden has called into question the predictive power of LDL cholesterol in heart disease. Ravnskov and colleagues reviewed 19 studies looking at nearly 70,000 individuals and concluded that elderly people with high LDL cholesterol live as long or longer than those with low LDL cholesterol. “Our analysis,” the authors write, “provides reason to question the validity of the cholesterol hypothesis.10

More recently, in 2018, Ravnskov and colleagues threw down the gauntlet once again, publishing a paper that stated: “For half a century, a high level of total cholesterol (TC) or low-density lipoprotein cholesterol (LDL-C) has been considered to be the major cause of atherosclerosis and cardiovascular disease (CVD), and statin treatment has been widely promoted for cardiovascular prevention. However, there is an increasing understanding that the mechanisms are more complicated and that statin treatment, in particular when used as primary prevention, is of doubtful benefit.”11

The war waged against cholesterol all too often overlooks all the benefits of this important lipid. Cholesterol is essential for the normal function of all cells in the body. Cholesterol is a building block for hormones like cortisol, estrogen and testosterone, as well as vitamin D. Cholesterol helps maintain the integrity of the membranes that surround every cell, as well as the gut lining12 and it is critical for brain function.13 Cholesterol is critical for liver function, as it is contained in bile salts, which help us digest our food and move toxins out of the body.

New research points to inflammation as a key driver of cardiovascular disease. The prevention of chronic diseases, including heart disease, rests in controlling systemic inflammation.14

Cholesterol itself is not dangerous. It becomes problematic, however, in the presence of inflammation. Inflammation creates free radicals, which damages cholesterol and other fats. This activates the immune system and starts a cascade of events that ultimately creates plaques in the arteries, causing atherosclerosis.

Uncontrolled inflammation makes plaques unstable and vulnerable to rupture, which can lead to a heart attack or a thrombosis (a blood clot). Plaques can dislodge and cause strokes or blockages in the lungs (pulmonary embolism). When plaques occur in arteries other than those in the heart, it is called peripheral arterial disease.15 This can cause impotence in men, among other disorders.16

In contrast, lifestyle modifications such as diet, stress reduction, sufficient sleep and regular exercise can reduce chronic inflammation, oxidative stress, and hypercoagulation (excessive tendency to form blood clots), all of which are implicated in cardiovascular disease.18 Unfortunately, the Standard American Diet, which is high in acid foods and low in alkaline foods, promotes inflammation.

For a More Accurate Assessment Order These Nine Tests

Oxidized LDL (oxLDL) has been studied for more than 30 years. Since the discovery of oxidized LDL, over 5,000 articles have appeared on the topic. Oxidized low-density lipoprotein (OxLDL) can promote inflammation and lipid deposition in the arterial wall.19 OxLDL has emerged as a risk factor for heart disease, fatty liver and cancer, and is associated with a pro-inflammatory Western Diet (the Standard American Diet).20,21 OxLDL is also implicated in playing a principal role in diabetes complications.22 Running an oxLDL test provides important additional information about your risk.

C-reactive Protein (CRP) is produced by the liver and increases in the blood in response to inflammation, infection, and following a heart attack or trauma. High-sensitivity CRP (hs-CRP) is used in the evaluation of inflammatory disorders and infections. A positive test indicates the presence of inflammation but not the cause of the inflammation. CRP levels are strong predictors of cardiovascular disease, including heart attacks, stroke, sudden cardiac death, unstable angina and peripheral arterial disease.23,24,25

How to Reduce Your Risk

Next time you get your cholesterol levels tested, get a lipid panel that includes all the lipid measures mentioned above as well as a CRP and oxidized LDL test to get a better idea of your risk. You could ask your healthcare provider for the test.

Or to save money and time, order your advanced lipid panel directly from NBI. We supply the doctor’s order. Your lab requisition form is ready within seconds of checking out. You then simply take the lab test order form into one of our more than 2,000 testing centers around the country for your blood draw. Results are ready within days by email (if you opt-in to receiving results by email) or simply by logging into your NBI account to view them.

Knowledge is power when it leads to action. Once you know your risks, you can modify them with lifestyle changes. Diet is very important. Research has shown much lower rates of cardiovascular disease and mortality in southern European citizens (such as those in Italy and Greece), where people eat a Mediterranean-style diet high in vegetables, fruits, herbs, nuts, beans and whole grains, as well as moderate amounts of seafood, dairy and eggs.26 This diet emphasizes eating alkaline foods and avoiding acidic foods.

Exercise is a well-known “medicine” that can help prevent or reverse cardiovascular disease.31 Addressing depression and/or anxiety are important as well, since there is a well-established connection between depression, chronic stress, posttraumatic stress disorder (PTSD), anxiety and heart disease.32 Other risk factors, such as chronic sleep apnea and obesity, should also be addressed.33

5Fookes C. Statins for  high cholesterol: Are the benefits worth the risk? Sept 2018 [Report]

10Ravnskov U, Diamond DM, Hama R et al. Lack of an association or an inverse association between low-density-lipoprotein cholesterol and mortality in the elderly: a systematic review. BMJ Open. 2016 Jun 12;6(6):e010401. [Article] 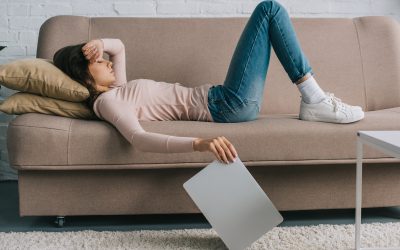 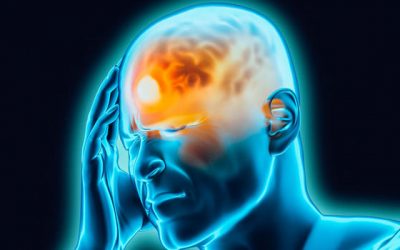