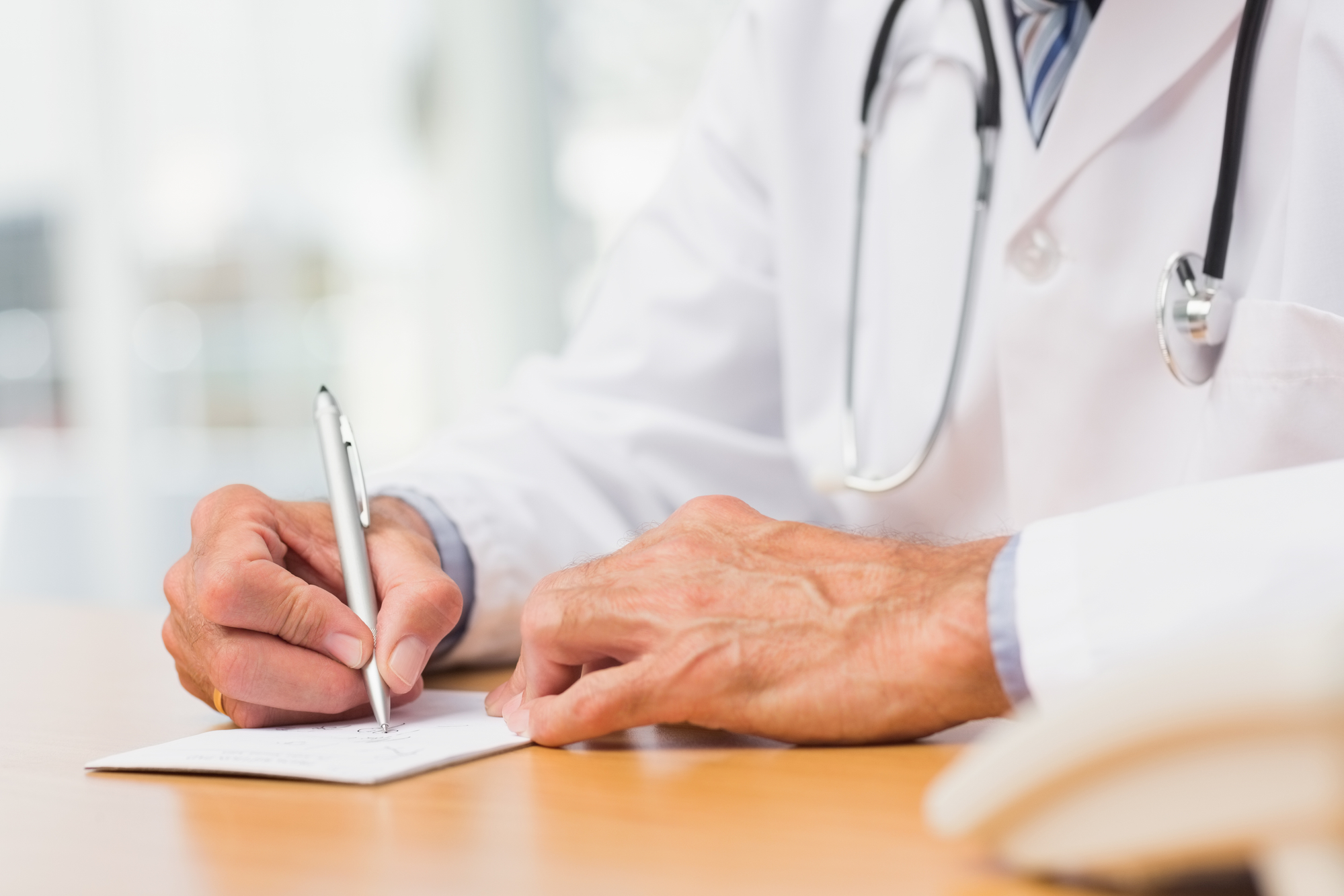 More people than ever are taking medications. In 2017, pharmacies filled more than 4 billion prescriptions. Fifty-five percent of Americans now take at least one drug and almost 12% take five or more prescriptions drugs.

But medications come with risks. According to the FDA, Americans experience more two million adverse events from drugs every year. And these are only the ones that are reported to the FDA by primary care physicians or end up landing someone in the hospital and require mandatory reporting. Most side effects aren’t reported because, for most types of side effects, reporting is voluntary. Without a doubt, the problem of adverse drug events is much greater than what the official numbers depict.

You might think that the millions of side effects caused by drugs every year are due to a healthcare provider prescribing the wrong medication or the wrong dose. Unfortunately, that’s not the case. They’re the result of properly prescribed medications recommended for the correct condition in the correct dose.

While most side effects won’t kill you, people dying from prescription medications is such a major problem in our country that it’s now considered the 4th leading cause of death. Let that sink in for a moment. Medications that are properly prescribed and are supposed to help people are killing them instead.

Every year 100,000 people die from medications. The drugs doctors prescribe to help their patients–and perhaps that you’ve been prescribed too–kill more people than Diabetes, the flu and pneumonia, kidney disease, Alzheimer’s disease, accidents, atherosclerosis (hardening of the arteries) and suicide.

Medications should only be used when necessary. Unfortunately, too often even when there are excellent integrative approaches that can help people avoid or discontinue drugs, those alternatives are ignored by conventionally trained doctors.

And since health insurance pays doctors for the number of patients they see a day and not based on patients getting healthier, doctors who depend on health insurance reimbursement for their income are incentivized to see more patients and prescribe more drugs. It’s much faster and easier to pull out a prescription pad and write a prescription for a medication than it is to help guide people toward adopting better dietary and lifestyle habits. Or educating them about which targeted nutrients they should be taking as dietary supplements because there are clinical trials showing those nutrients can powerfully support and promote health.

Since there are many wonderful alternatives to medications that can help people heal without toxic drugs, I’ve always done my best to avoid having to write a prescription. But when a medication is the best option, I developed a simple prescribing guideline to help protect my patients from potentially dangerous side effects.

I prefer to prescribe medications that have been on the market for at least five years. And if possible, for 10 years or more.

That’s because over half of the side effects from medications aren’t discovered until the drug is on the market and being prescribed in real-world scenarios. Clinical trials are carefully controlled, artificial settings designed for the narrow goal of getting FDA approval. Clinical trials have inclusion and exclusion criteria. That is, they include people who fit their targeted demographic and exclude the rest.

Who they exclude, however, may be the exact types of people who will take the medication once it’s on the market. It could be people with other health conditions that impact how the drug works or who are taking other medications that might interact with each other in unanticipated ways. And volunteers in the clinical trials typically are taking the medications for relatively short periods of time.

Once the drug has the FDA seal of approval and the drug company can start marketing it, I still consider this a continued testing period. The medication enters the real world, with real health scenarios and real people. It’s no longer in a carefully controlled, artificial clinical trial environment and often people will be taking the medication for a lot longer than in the clinical trial.

Vioxx is a perfect example. This pain medication was created by Merck and approved by the FDA in 1999. Five years after Vioxx was launched, Merck pulled the drug from the market because a post-market study showed that Vioxx could be deadly, causing heart attacks and stroke. By that time, however, Merck had sold billions of dollars of the drug worldwide.

To make matters worse, according to a 2007 NPR article, the New England Journal of Medicine (NEJM) editor-in-chief, Dr. Jeffrey Drazen, said that the journal had been “hoodwinked” by Merck because the company withheld cherry-picked data it shared with the journal to paint a more favorable picture of the drug and hide the increased risk of heart attacks. Research later published in the medical journal Lancet estimates that 88,000 Americans had heart attacks from taking Vioxx, and 38,000 of them died.

In November 2007 Merck announced it would pay $4.85 billion to end thousands of lawsuits over Vioxx. At the time this was the largest drug settlement ever.

If your doctor starts reaching for their prescription pad, ask them how long the medication has been on the market. If it’s a newer drug that’s has been around less than 5 years, ask them if there’s something an older, equally effective alternative drug you could take instead?

You can explain to them that you understand that many side effects from drugs aren’t known until it’s been the market a while, so you’d feel more comfortable with an older medication shown to be safe if one is available.

Often pharmaceutical companies will come out with new drugs, but the newer medications aren’t necessarily better than the older, safer drugs. And there is more safety data on the older drugs. Just because it’s the latest and greatest doesn’t mean it’s better.

Pharmaceutical companies might be motivated to create new, replacement products because their older medication is going off patent. When a medication’s patent expires, cheaper generics can enter to market and compete with the brand name drug. This is called falling off the “patent cliff” and when it happens it can eat away at a drug company’s market share and bottom line.

If it’s a newer drug, ask your doctors if there’s an older one that’s equally effective? And whenever I’m confronted by a health issue of my own, I always like to ask if there’s something I can do that’s not a medication.

You may want to do ask yourself, and your doctor, these simple questions too. Can you change your diet? Can you change your lifestyle? Are there specific nutrients shown in clinical trials that might be helpful for your condition and that you can take as dietary supplements?

There’s tons of research out there showing that targeted nutritional therapy can be incredibly helpful for many conditions and that dietary supplements can promote and support your health without the dangerous side effects of medications.

For example, more than 25 clinical trials with more than 7,000 volunteers have studied MK4, a specific form of vitamin K2 that’s in NBI’s Osteo-K and Osteo-K Minis products, for its ability to grow stronger bones and reduce osteoporosis fractures. There are more than 230 studies supporting NBI’s stimulant-free MitoForte formula that promotes health memory, energy and mood without the crash people experience from other products.

Another thing to ask your doctor is whether it’s possible to take a lower dose of the medication than what they’re prescribing? Sometimes you might be able to get away with a lower dose.

Too often patients are recommended a medication without any plan for getting them off it. While you might be OK with taking a medication for the rest of your life, ask your doctor what their plan is for discontinuing it.

If there’s not a plan stopping the drug, ask them if there’s a way to design a plan so you don’t have to take it indefinitely. You may want to get a second opinion at that point if the plan is simply to get you on a medication for the rest of your life and that’s not acceptable to you. I personally like to avoid medications whenever I can and seek out ways to treat myself and my family using natural and integrative medicine.

The last thing I’m going to mention are drug-nutrient depletions. One of the reasons why some people get adverse drug reactions is because their body is being depleted of nutrients. There are a lot of medications that strip your body of specific nutrients.

Statin medications such as simvastatin and atorvastatin for cholesterol deplete coenzyme Q10. This can cause a dangerous condition called rhabdomyolysis. Metformin for diabetes can deplete your vitamin B12, which can cause megaloblastic anemia, depression, and fatigue.

There’s a long list of drugs-nutrient depletions and these are only two of many examples. If you’re taking a medication, can identify the nutrients it depletes and replenish those nutrients with diet or dietary supplements you might help yourself avoid a dangerous side effect.

Many side effects that have nothing to do with drug-nutrient depletions, but it’s important you know that a lot of medications deplete nutrients. For more helpful tips about this, read my blog, A Practical Approach to Avoiding Drug-Nutrient Depletions.

Article at-a-glance: Symptomatic knee OA occurs in 10% of men and 13% of women aged 60 or older. Osteoporosis is also widespread and closely linked with osteoarthritis. About 54 million Americans have osteoporosis. Exercise can reduce chronic pain, as well as improve... 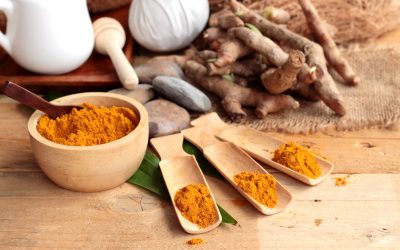 Article at-a-glance: Nearly one in four American adults suffer from arthritis and most take over the counter or prescription painkillers, such as Tylenol or Ibuprofen Herbal remedies have been used for centuries in traditional cultures around the world to help people... 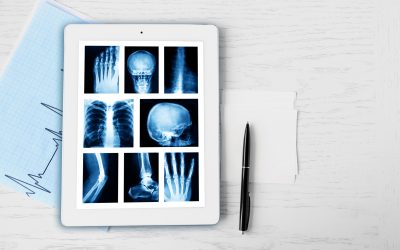 Osteoarthritis is Heart Disease for Joints

Article at-a-glance: Osteoarthritis (OA) is similar to many other chronic diseases in that its slowly developing for many years before the first symptoms appear. The development of atherosclerosis (hardening of the arteries) and OA both involve chronic inflammation,...